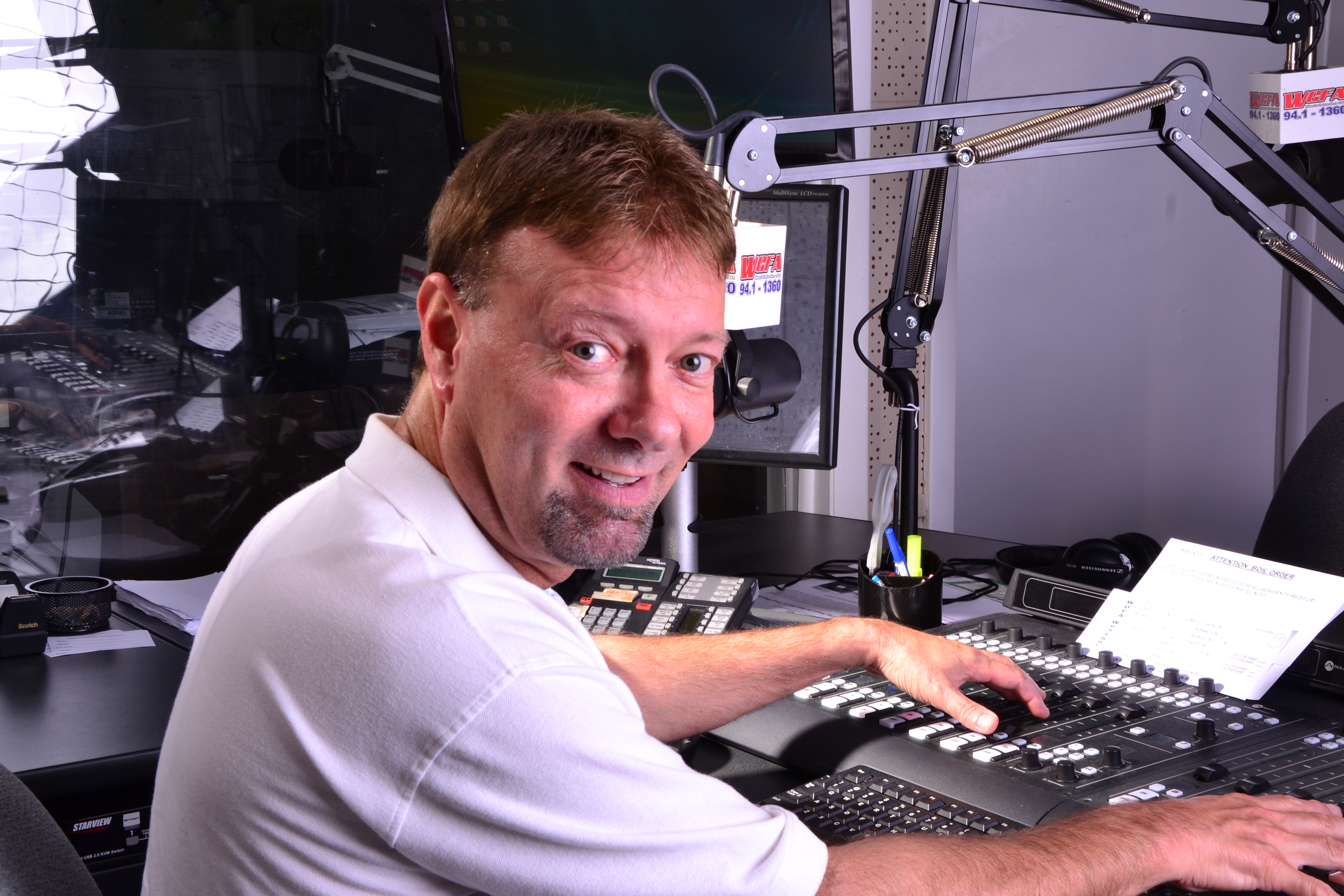 WGFA’s News Director Carl Gerdovich is a 40-year news-sports veteran. He says his grandmother may have triggered his interest in “what’s going on in the world.” “When I, my brothers and sister were just little kids, running through the house, grandma would insist we settle down when it was time for the 6pm news…because Walter (Cronkite), Chet (Huntley) and David (Brinkley) had something important we needed to know about.”

Carl often talks about how the “thrill of live radio” and the opportunity to make a difference drives him. “The adrenaline rush to get a breaking news story on the air and deliver accurate, timely information listeners need to know is what it’s all about,” Carl says, and keeping the community informed is important.

Carl was born and raised in north-central Illinois. He credits his parents for his work ethic, committing to something and seeing it through to the end, while making sure the end result makes a difference. Growing up a sports junkie, Carl was inspired by Illinois sports voices Art Kimball and Lanny Slevin. As a kid, Carl also followed the Illinois sports voices of Dick Martin, Jim Grabowski and Max Hooper on the Bromar Sports Network. So, the day Dick Martin called to offer Carl a job at WGFA, Carl said “enough said.”

Carl won a news-documentary award for his look back at the 1970 Crescent City train explosion. He also earned spot-news recognition for coverage of the Amtrak train disaster in Bourbonnais and provided continuous news coverage of the FAA probe into the tragic plane crash at Roselawn, IN. Carl says he’s proud to play a role in maintaining WGFA radio’s commitment as “Illiana’s News Source.”